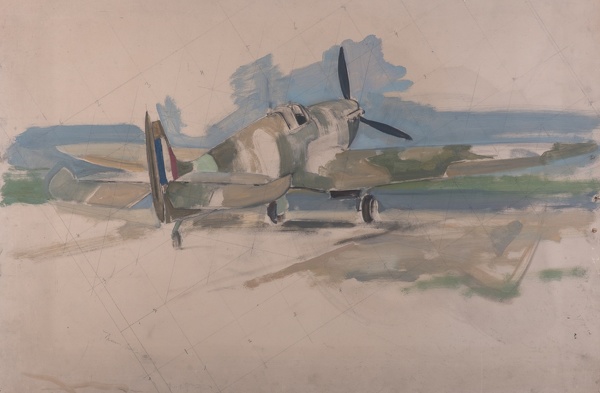 Hover over the painting to magnify (there may be an initial delay while the magnified image is loaded)
£4,400
Free shipping
Enquire
Add to cart

Having fought with distinction during WW1 - which interrupted his studies at the Royal College of Art - at the start of WW2 Lawrence was too old to serve again but spent the war engaged instead on the home front.

The iconic fighter of the Royal Air Force in World War II, the British Supermarine Spitfire saw action in all theaters of the war. Best known for its elliptical wing design and role during the Battle of Britain, the Spitfire was beloved by its pilots and became a symbol of the RAF.