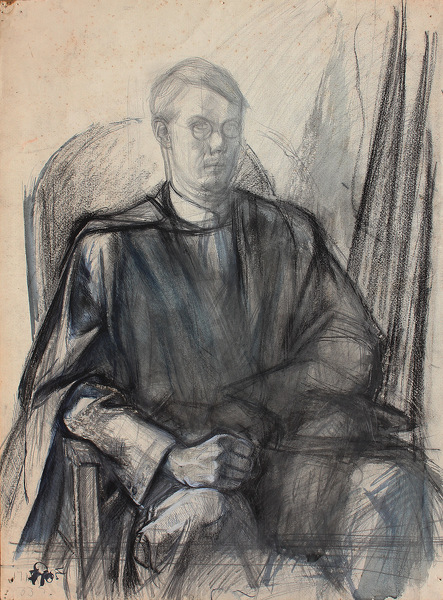 The self portrait shows Sorrell in his graduation gowns. Alan Sorrell (1904-1974) attended the Royal College of Art in the mid-1920s during a period which saw the emergence of talents such as Edward Bawden, Eric Ravilious, John Piper, Henry Moore and Barnett Freedman. Although Sorrell’s work has been less well documented his talent was comparable to that of artists more usually associated with the RCA’s formidable reputation during the interwar years. Almost no work survives from Sorrell’s period as an RCA student other than the preparatory drawings with which he competed for his Rome Scholarship which he won in 1928. 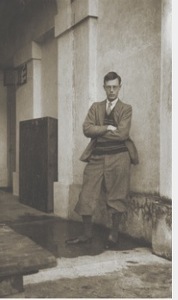