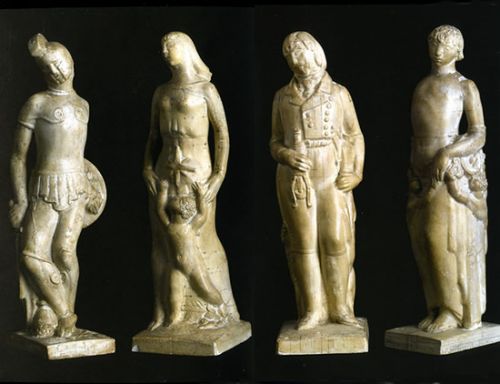 The British Medical Association headquarters were designed by Edward Lutyens and completed in 1925. Woodford was commissioned to produce these four heroic figures in 1951 as part of a scheme overseen by S. Rowland Pierce for a War Memorial in the Court of Honour at the association’s headquarters in Tavistock Square, London. The four figures were set on pedestals around a fountain. The main water-basin and the finished statues are in Portland stone. We are grateful to James Woodford and Malinda Conner McLean for assistance.