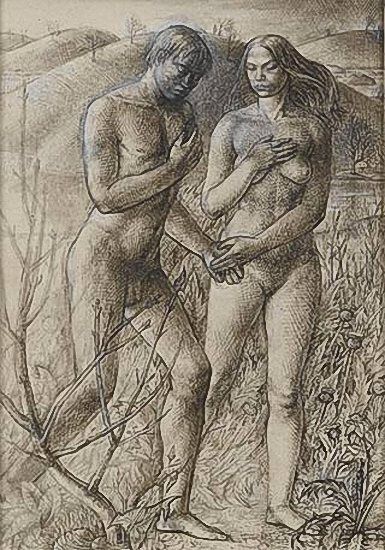 The Expulsion was produced during Gibbs' last year at the Royal College of Art - the year she was awarded the Rome Scholarship in Engraving. Her prints of this period are amongst the most outstanding produced by any of the Rome Scholars. Like so many of her colleagues in Rome, she was, ironically, more influenced by the Northern Italian quattrocento artists than by either the Classical or Baroque tradition of Southern Italy. The Expulsion is recorded as having been produced in an edition of 40, though its scarcity suggests not all were printed.

We are grateful to Pauline Lucas for her assistance in cataloguing this drawing.