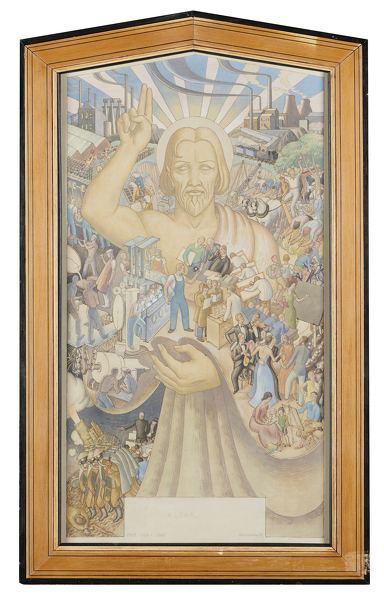 ink and gouache on paper

During the war Halliday worked as an air traffic controlled for the RAF and later was transferred to Intelligence and worked on intercepting German radio signals. Altar offers a deeply personal and kaleidoscopic vision of war and peace. Conceived in 1939 for an unidentified (and presumably never completed) altar the dominance of the disproportionately large central figure of Christ recalls that of Hypnos in Evening on the Roman Campagna, which though painted in 1928, was exhibited at the Royal Academy in the same year that this composition was conceived.