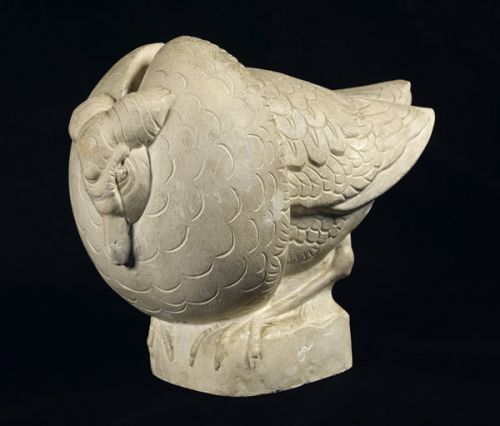 
Provenance: acquired directly from the artist’s son.
Literature: James Woodford, Heraldic Sculpture and the Work of James Woodford, Ipswich 1972
Woodford is best known for The Queen’s Beasts – a set of ten heraldic statues depicting the genealogy of Queen Elizabeth II commissioned for the 1953 Coronation. The originals, which were 6 feet high, cast in plaster, were gifted to the government of Canada, but Portland Stone replicas commissioned in 1958 are permanently on display outside the Palm House at Kew Gardens.