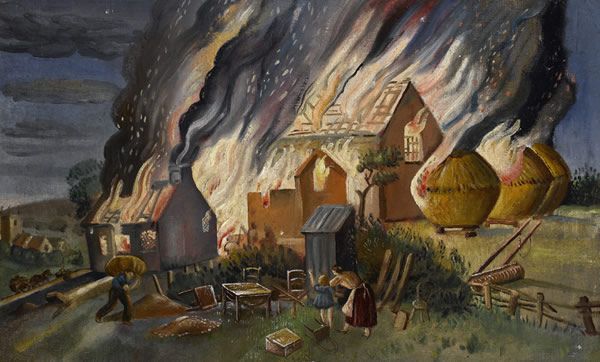 The Unknown Artist, an exhibition organised by Liss Fine Art in 2010, in association with Cecil Higgins Gallery in Bedford, played a central role in the re-established  Lewis's reputation.  The exhibition and catalogue were greeted with acclaim in the National press and television, and resulted in works by Lewis being acquired by several museums.

His work is characterised by a direct response to his subject matter which is intensely autobiographical.  Lewis, who reached the age of 100 without ever having a solo exhibition, contributed to the organisation of the Cecil Higgins exhibition by providing catalogue notes drawn on recollections from eighty years earlier:

From my earliest work I went out to capture my world around me.  Here the ricks of a neighboring house caught fire.